Learn All About Us

The Partners of Assist.Claims have over 50 years combined experience in the Financial Services industry, predominantly working in the Investment and Pension claims sector.

Scots who have lost pension investments in discredited storage pod schemes could be in line for thousands of pounds of compensation.
Scots victims of virtually worthless “storage pod” pension investments are fighting back and earning thousands of pounds in compensation. Poor financial advice has left Scots out of pocket after they were persuaded to invest precious pension funds in schemes which turned out to have little or no value. 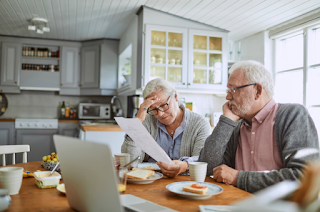 In some cases, unsuspecting investors were told they would receive high, guaranteed, returns by transferring decades-old investments from the security of workplace pensions, some of them in secure,

Defined Benefit (Final Salary schemes) and existing personal pensions. However, some Self-Invested Pension Plans – known as SIPPs – which enable investors to place their pension pot in a range of investments and products including storage facilities, have been found sadly lacking when it comes to providing the promised returns.

It’s meant that many have seen their savings dwindle, leaving them facing retirement with far less money than they had hoped. Now, however, investors across Scotland are receiving up to £50,000 in compensation after taking their case to the Financial Services Compensation Scheme. Compensation experts Assist.Claims have been helping Scots recover their losses.

Partner Ken Hanning said: “Clients have told us that they were promised high returns based on promises of rent yields. But not only did these not materialise, the storage pods themselves ended up being declared worthless by some pension companies, and by compensation bodies.

Read the Complete Article Here At The Scotsman

Have a question for us?